Dance Theatre of Harlem’s Fifty Forward, the second year of its 2-year, 50th Anniversary Celebration, was cut short by Covid-19. While nothing can replace the excitement of opening nights on tour and the sense of community that arises from the shared experience of live performance, over the next seven weeks, Dance Theatre of Harlem turns to the digital experience to not only offer selections of complete ballets from our archive but also companion activities that provide insight and engagement for our online viewers. We at Dance Theatre of Harlem know the power of the arts to open hearts and bring people together. It has been our work for 50 years and it will continue even in these challenging times.

The seven weeks of Company performances will be streamed on DTH’s YouTube channel each Saturday at 8pm until 11:59pm on the Sunday of the following week. The series kicked off with a celebration of Creole Giselle and will continue until Saturday, July 25th. See performances and schedules below. 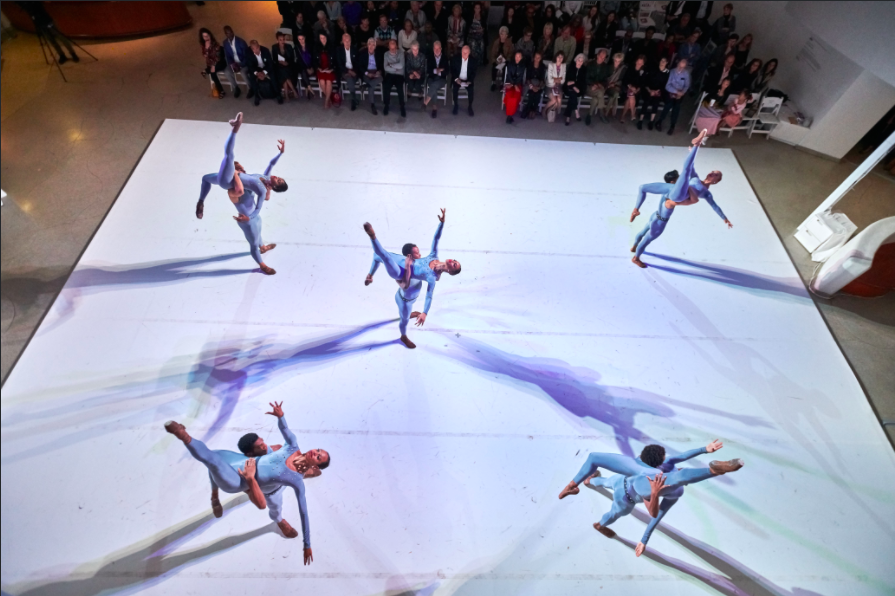 Although founded in 1969​, Dance Theatre of Harlem made its official New York debut in 1971 in the ​Guggenheim rotunda with a performance that included ​Co-founder Arthur Mitchell’s Tones. To celebrate the Guggenheim building’s 60th and Dance Theatre of Harlem’s 50th anniversaries, Works & Process presented a Rotunda Project with DTH called Works & Process Rotunda Project: Dance Theatre of Harlem at 50 on Monday, September 30, 2019. The company paid tribute to its history with Tones II, a restaging of Tones by former DTH Principal Ballerina Lorraine Graves with assistance from former DTH Principal Ballerina Caroline Rocher, set to music by Tania León; the first three themes from choreographer George Balanchine’s The Four Temperaments, with music by Paul Hindemith; and Dance Theatre of Harlem Resident Choreographer Robert Garland’s Nyman String Quartet No. 2, with music by Michael Nyman.

Saturday, July 11th at 8pm
Watch the full-length virtual premiere of the September 2019 Works & Process performance streamed on YouTube hosted by Caroline Cronson, producer of Works & Process at the Guggenheim. Viewers can participate in a live interactive chat on YouTube with Company Artists Christopher Charles McDaniel and Derek Brockington. 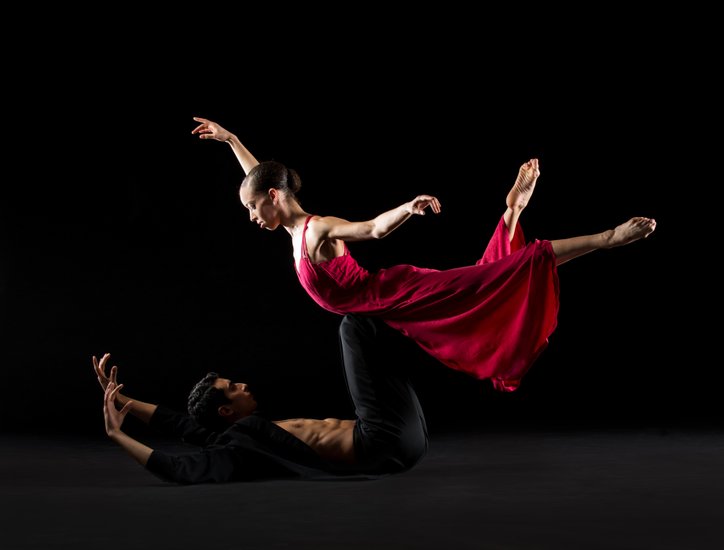 Nacho Duato’s Coming Together is a complex and exhilarating work set to the music of contemporary American composer Frederic Rzewski. Duato uses the composer’s restless repetition and structural intricacy to create a highly physical ballet that is both compelling and richly poetic. The score manipulates and expands musically eight spoken sentences (included below) from a letter written by Sam Melville (a political prisoner killed in the 1971 Attica Prison riots). Coming Together is a work that allows the viewer to contemplate the interrelated elements of music and sound as they are merged to create dance. The title of the piece, created in 1991 for Compania Nacional de Danza in Madrid, is both a reference to a sentence in the letter and to the technique of musical improvisation.

I think the combination of age and a greater coming together is responsible for the speed of the passing time. It’s six months now and I can tell you truthfully few periods in my life have passed so quickly. I am in excellent physical and emotional health. There are doubtless subtle surprises ahead, but I feel secure and ready. As lovers will contrast their emotions in times of crisis, so am I dealing with my environment. In the indifferent brutality, incessant noise, the experimental chemistry of food, the ravings of lost hysterical men, I can act with clarity and meaning. I am deliberate—sometimes even calculating–seldom employing histrionics except as a test of the reactions of others. I read much, exercise, talk to guards and inmates, feeling for the inevitable direction of my life.” —Sam Melville, Attica Correctional Facility, May 16, 1970

Thursday, July 16th
Inside Coming Together: Staging The Ballet at 8pm
Company Artist Crystal Serrano talks with Eva Lopez Crevillen about staging Nacho Duato‘s Coming Together on Dance Theatre of Harlem. Watch on YouTube and Facebook.

Friday, July 17th
The Greater Coming Together at 8pm
The DTH men come together to interpret through music a letter written by inmate Sam Melville in 1971 from Attica Correctional Facility in New York. Melville died shortly after the Attica Prison riot. Minimalist composer Frederic Rzewski, used the text for his composition titled Coming Together and is the music for Nacho Duato’s ballet. The letter has a poetic quality that eerily mirrors current events in our country. Watch On YouTube, Facebook, and Instagram TV. 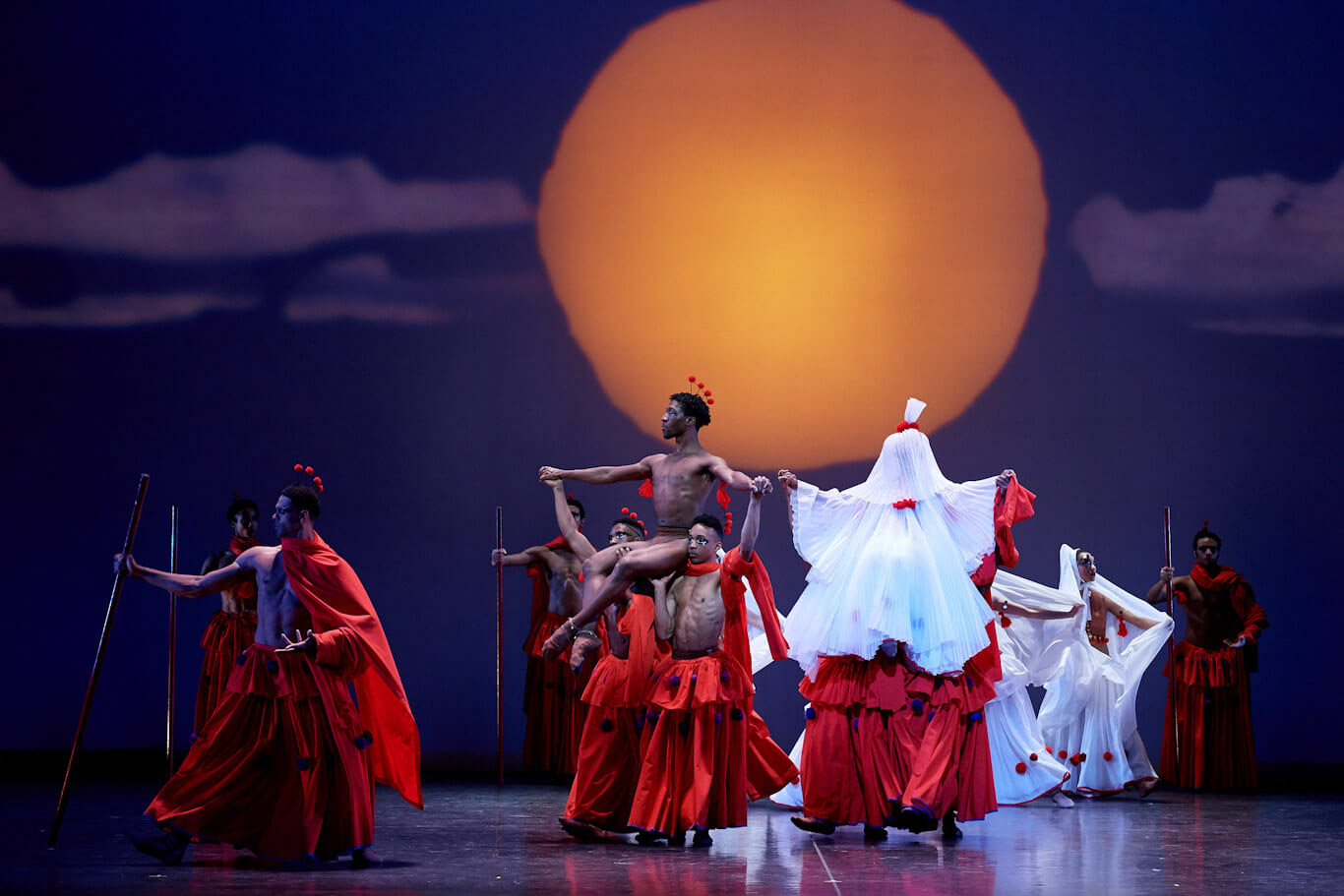